TO IMPROVE the quality and depth of knowledge of those working in the fitness industry and physical education.

He earned the rank of professor (full) at three universities (US, IRL, and most recently in the UK) and has published many dozens of academic papers. During his university student years he worked as a roofer, department store assistant manager, provided security services, and spent time as an autopsy assistant. Prior to his work in academia he was a Sergeant in the US Army, earning multiple commendations for his work in chemical weapons disarmament and disposal. Athletically, he has appeared on many national and international event podiums in weightlifting and powerlifting over his near half century of competition. He has competed, less successfully, in wrestling, rowing, and golf. He has a coaching portfolio that includes tutelage from old guard elite coaches such as Carl Miller, Russ Knipp, Tommy Kono, Bill Clark, Marty Cypher, and even Bob Hoffman. His background also includes providing long term coaching to many top US weightlifters, provision of short term consultancy to several international level athletes, time as an NCAA strength coach, and more than a decade of experience teaching USA Weightlifting coach certifications on the road and at the US Olympic Training Center in Colorado Springs. He may be best known for his industry changing work with Mark Rippetoe, as concept originator, co-author, illustrator, and book designer for Starting Strength and for Practical Programming (first and second editions). He also co-created the Basic Barbell Training and Exercise Science specialty certifications offered through CrossFit in the mid-2000s. Lon is also a regular contributing author to the CrossFit Journal with 60 or so articles appearing there since 2005. He also has provided a number of volunteer services to a variety of academic and corporate education committees. He has been a small business owner and business consultant within the fitness industry. With all that said, he currently spends his days thinking, reading, writing, illustrating, doing e-mails, and a bunch of other work stuff in his office. He just recently (after leaving university life) seems to have arrived at a decent work-life balance where he trains for powerlifting, weightlifting, shotput, and CrossFit ... along with some other weird experimental training stuff as it occurs to him (all done in a spare bedroom, the park, or in the back yard). Currently in the 60+ age group, he plans on competing in things for fun for long into the future.  LONKILGORE.COM see his illustrations here KILLUSTRATED.COM

The Kilgore Academy was founded in 2014 to provide a formalized and high quality continuing education for personal trainers, physical educators, yoga instructors, and small gym managers that can be quickly and economically delivered anywhere in the world. Although a new institution, the academy can trace its roots, through its director, to 1997 when Dr. Lon Kilgore  created one of the first completely online courses in American fitness academia, taken as a university core course by thousands of students. Years of refinements in teaching methods, assessment approaches, collaborative content creation, technological advancements, and a partnership with Scotland based CAPDM LTD have culminated in the creation of the academy and its resident courses. 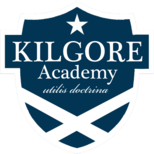 Very few academics can lay claim to such a varied and deep background relative to science, exercise, and the fitness industry. He earned a BSc in Biology with a minor in chemistry, an MSc in Physical Education, and a PhD in Anatomy & Physiology. He was elected to fellowship in the Royal Society of Biologists and is a current member of the Guild of Natural Science Illustrators.